We LOVE to brag!!! FINISHED CHAMPIONS 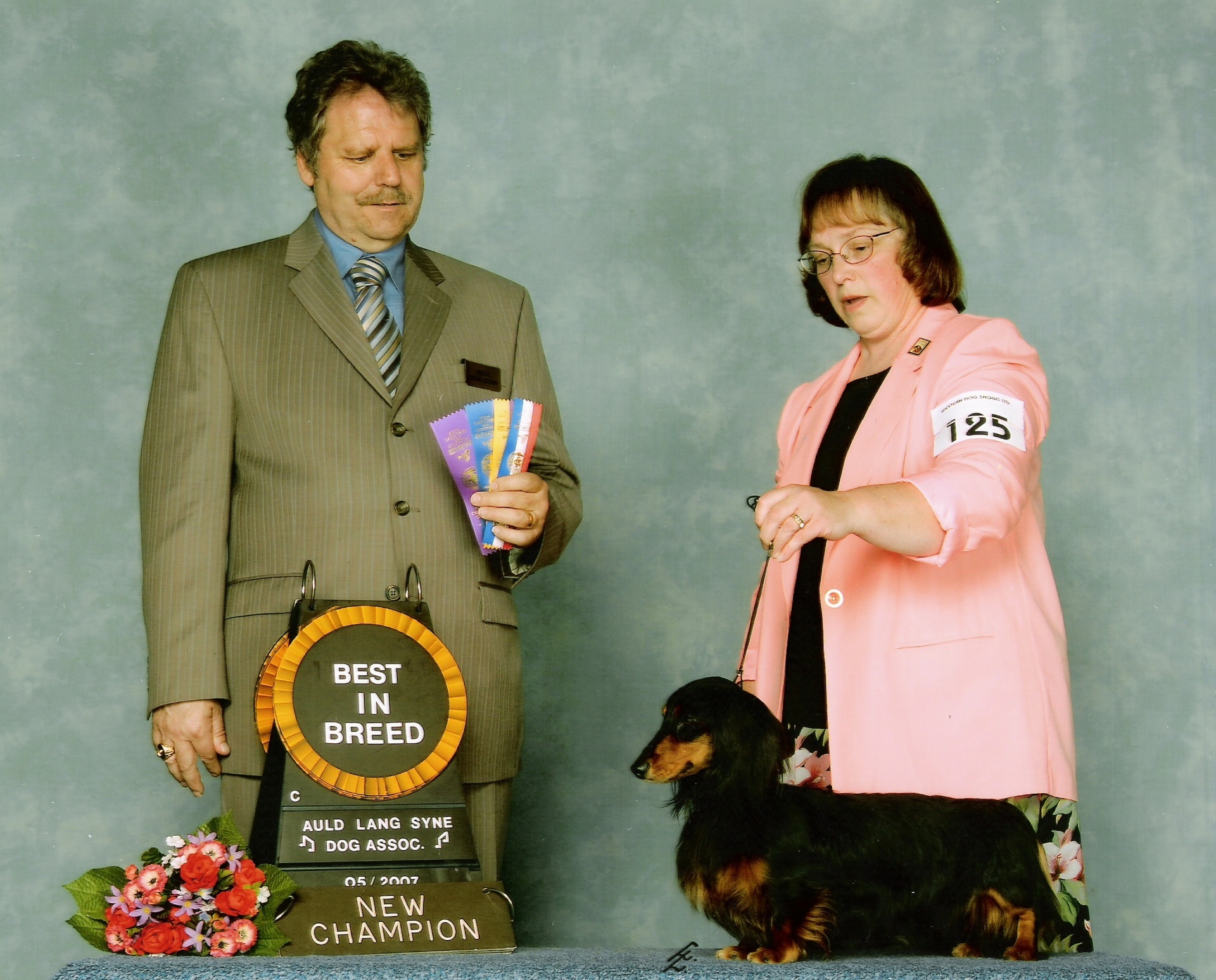 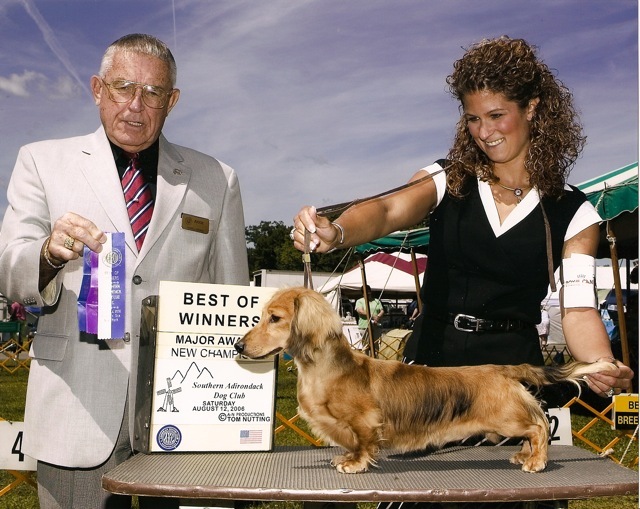 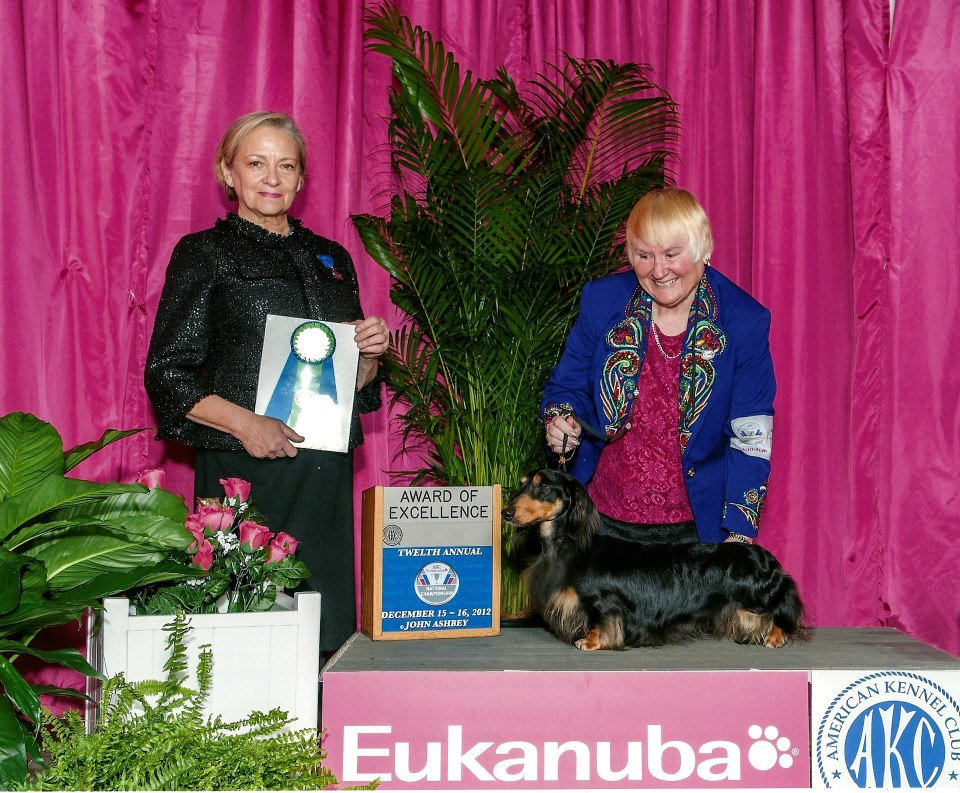 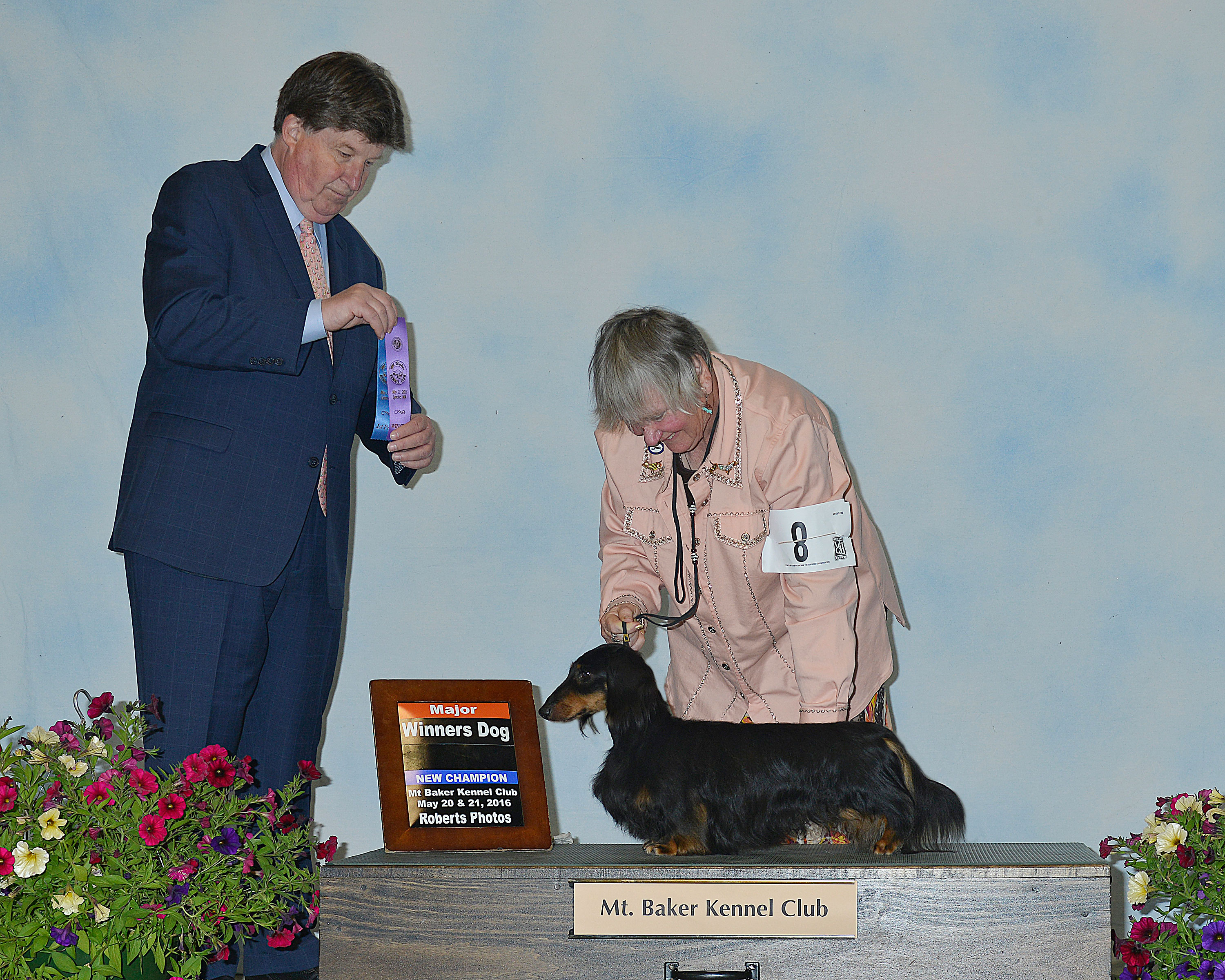 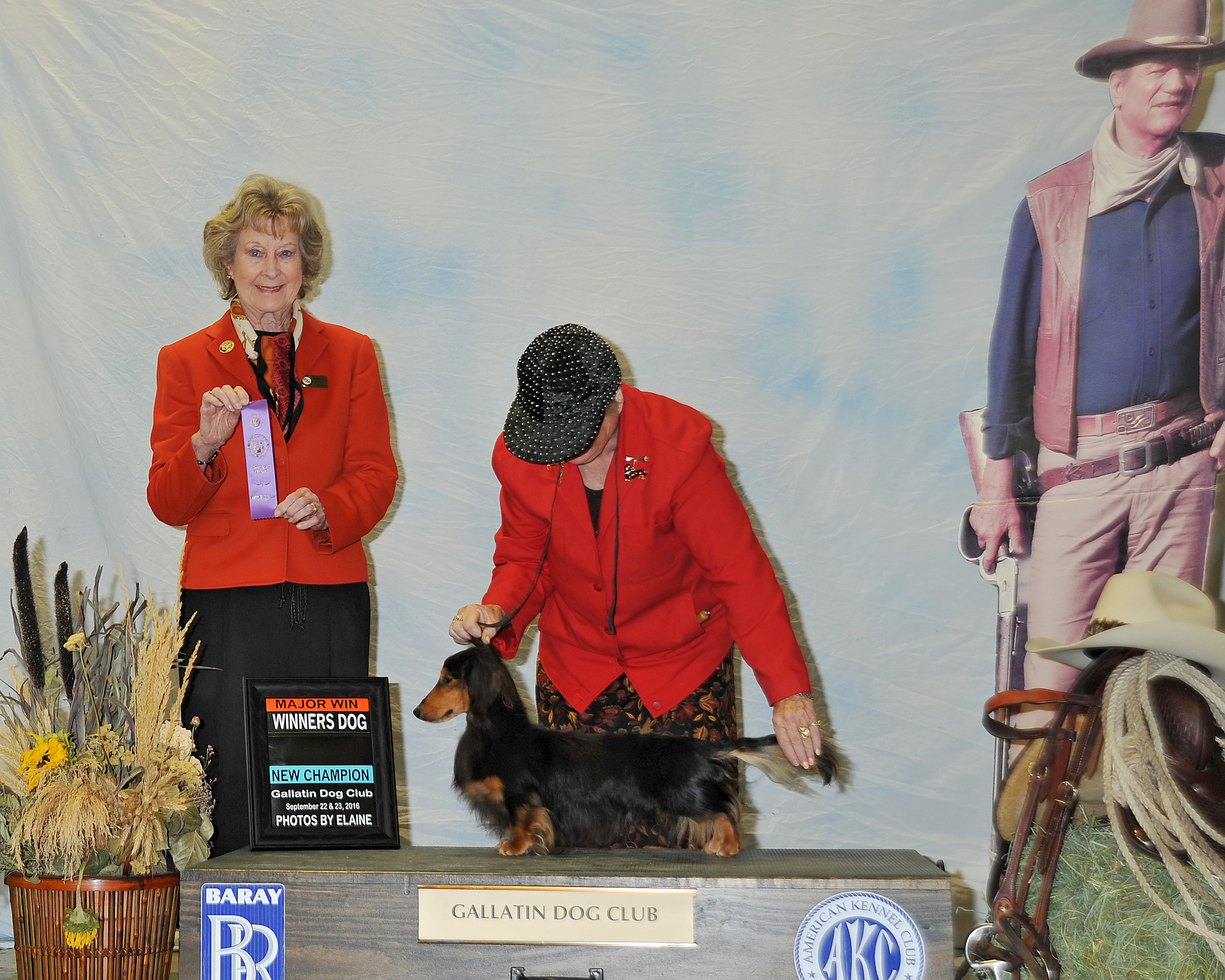 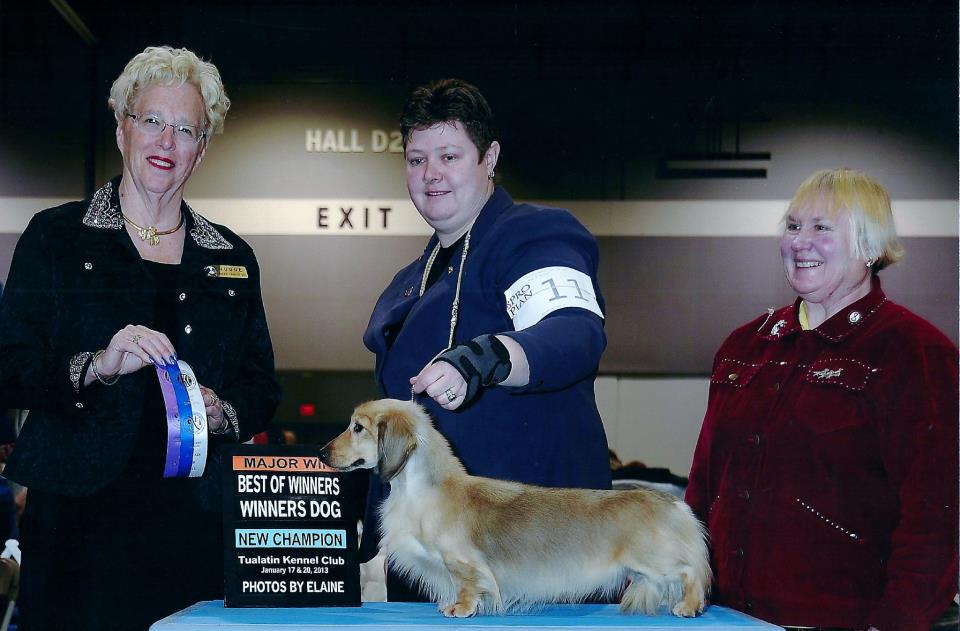 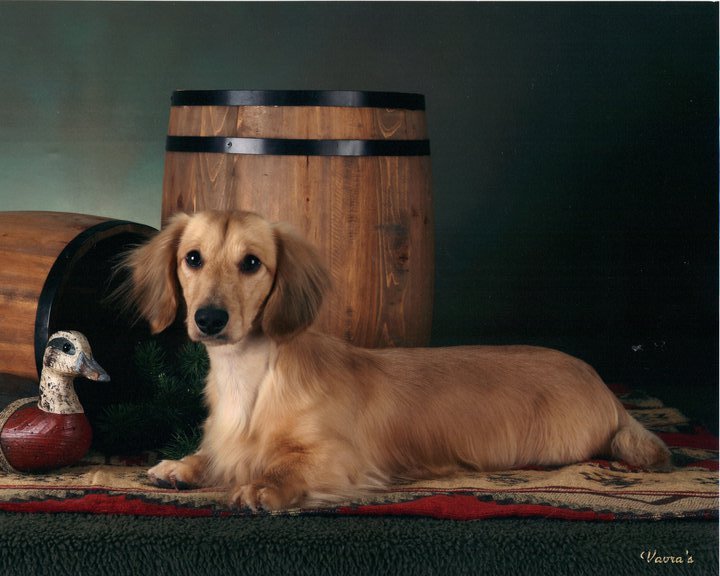 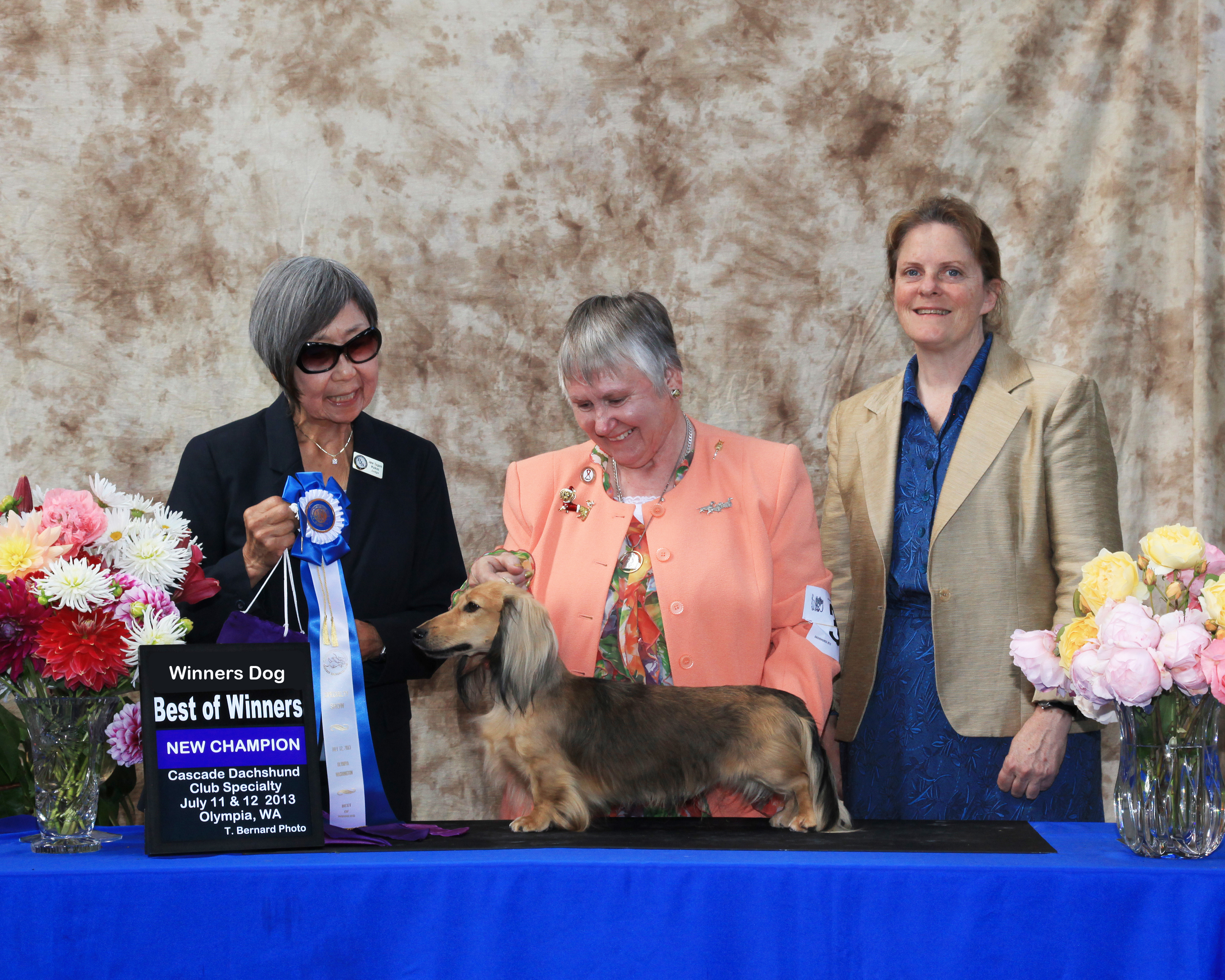 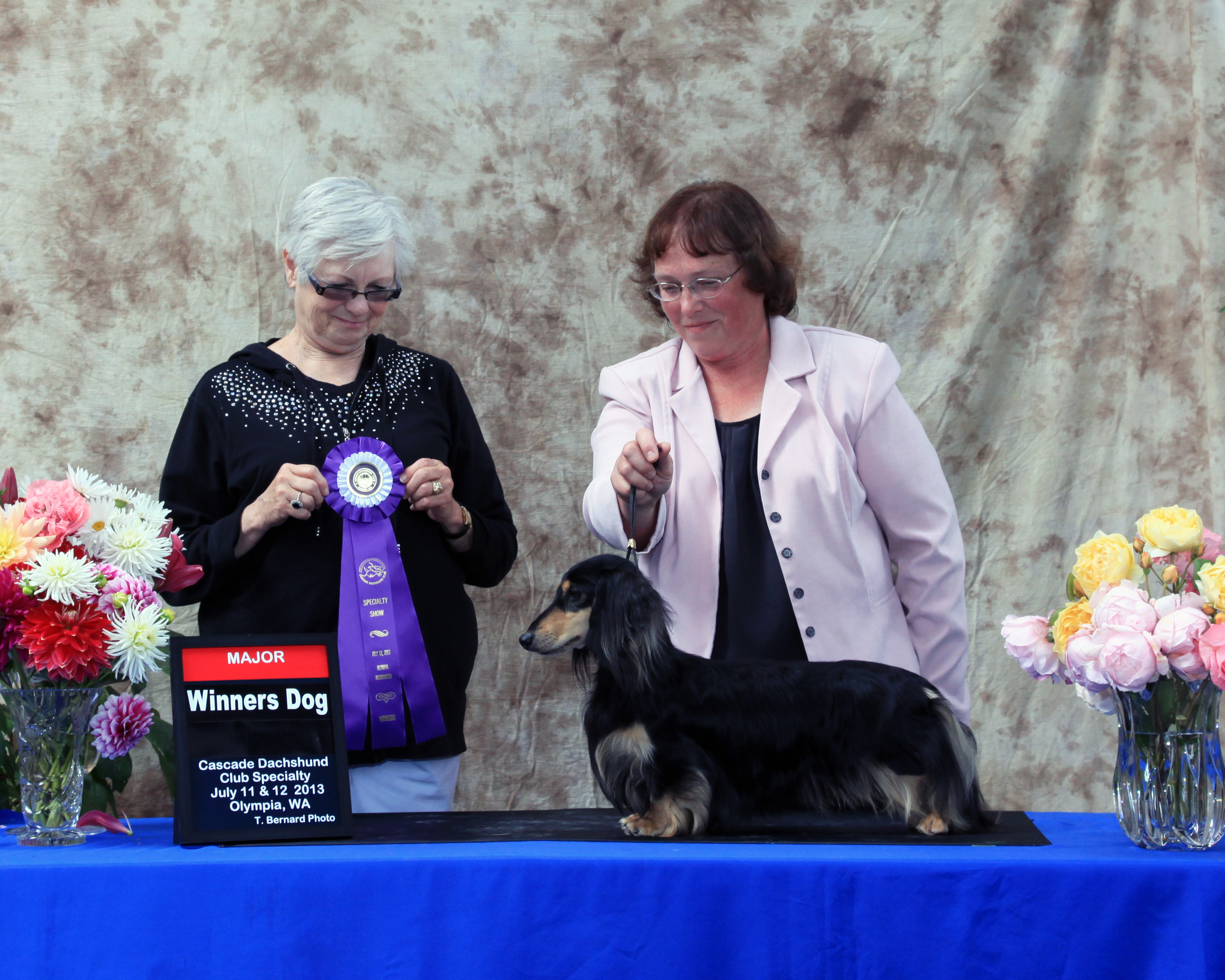 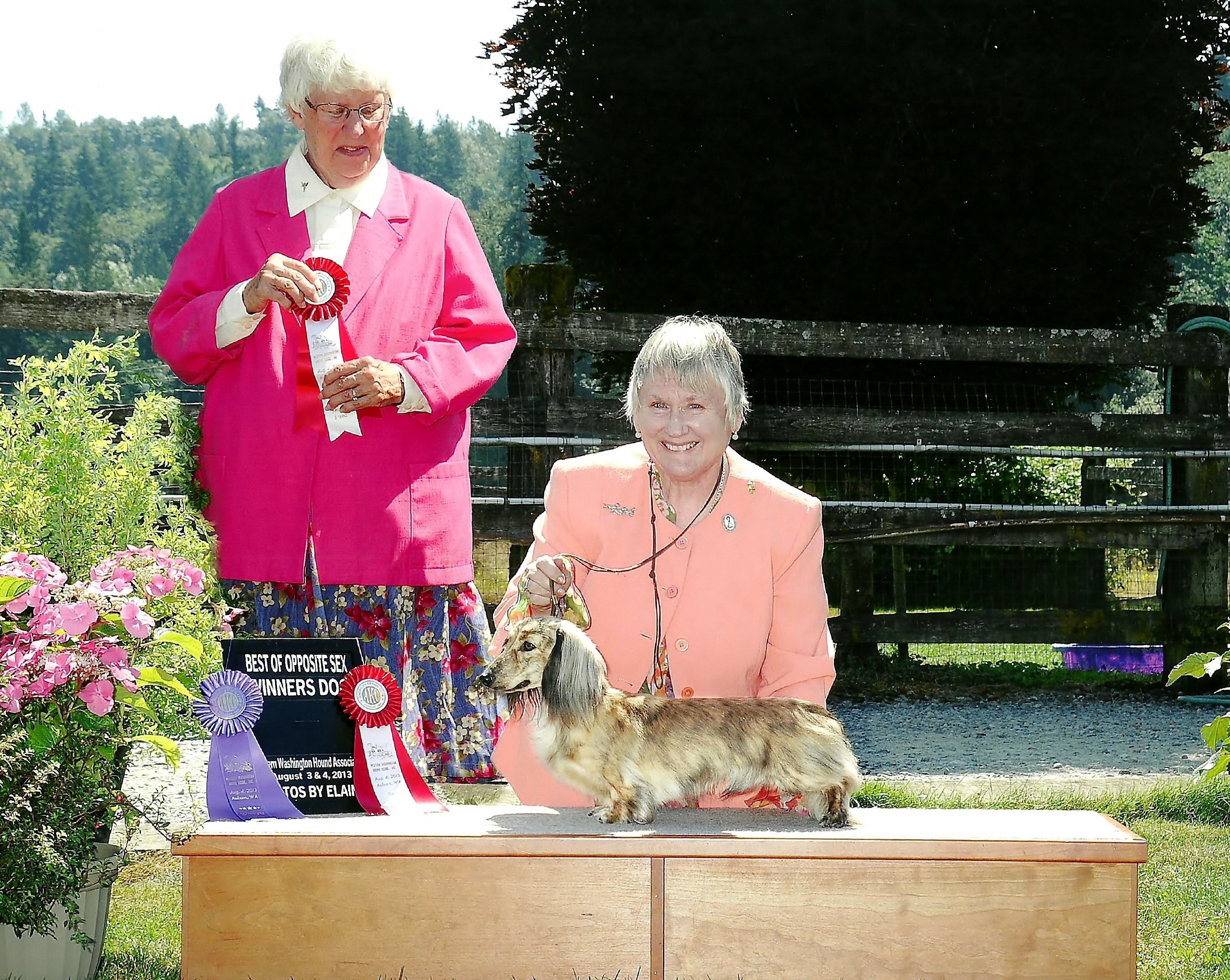 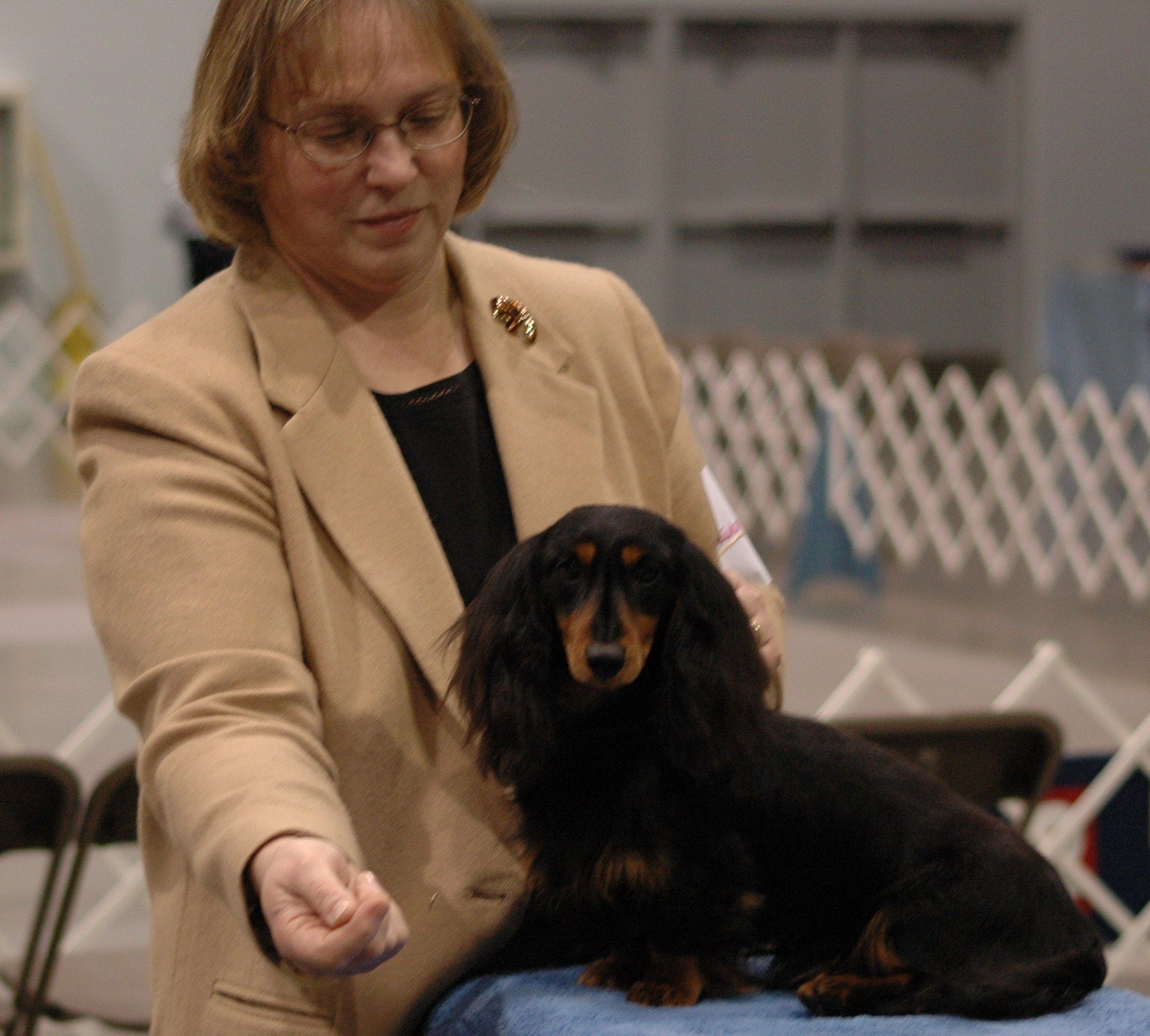 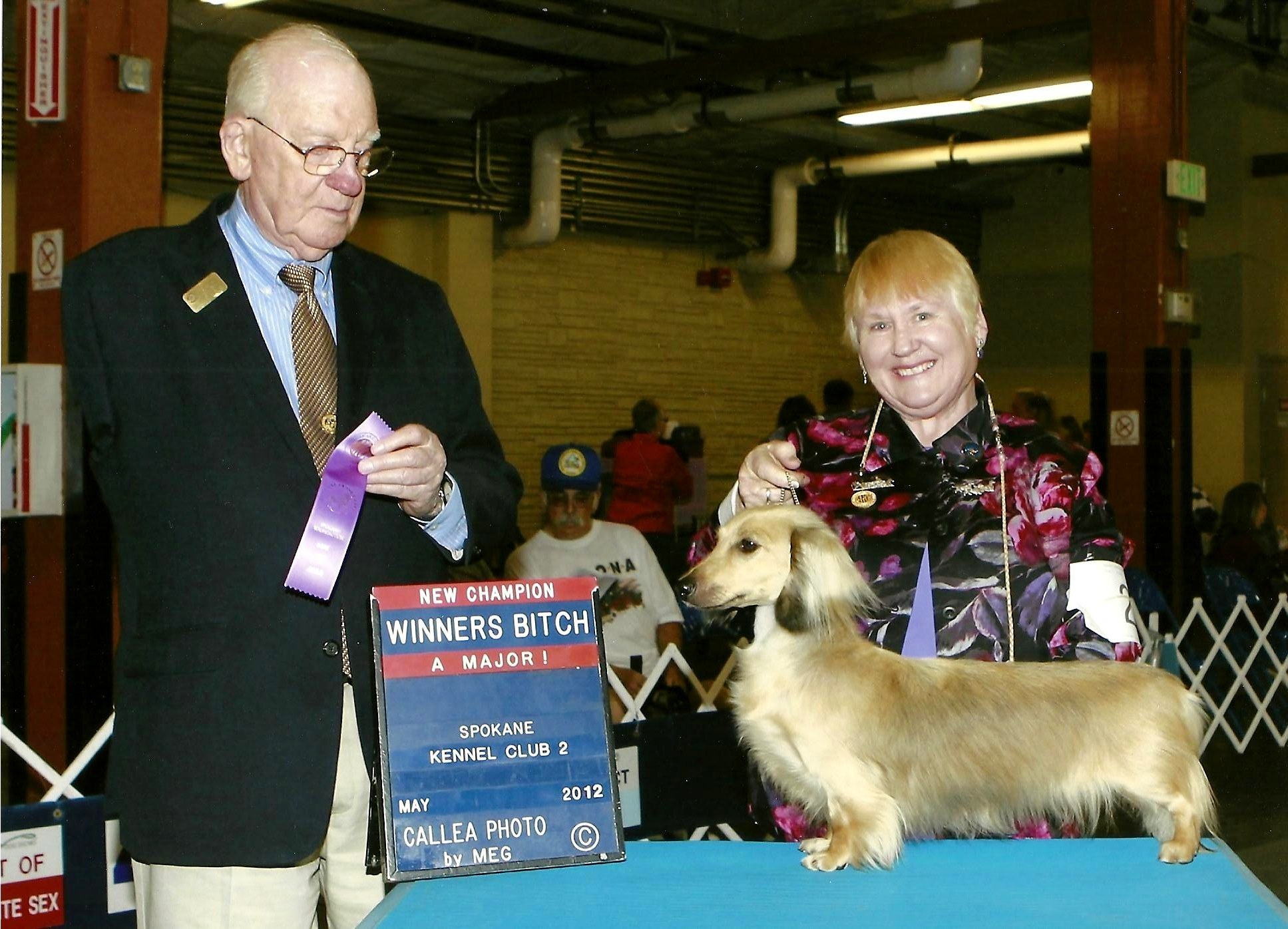 "Maddie" is the dam of Darby, Gi Gi, Morgan, Darby, Preston, and Houdini.  She has won her American/Canadian and International championships.  She has reproduced her lovely comformation in both litters with BISS CH Wagsmore's Captivating ML and Devoncream Magic Master RN.  She has five champion get and she will be listed in the DCA Registery of Merit. 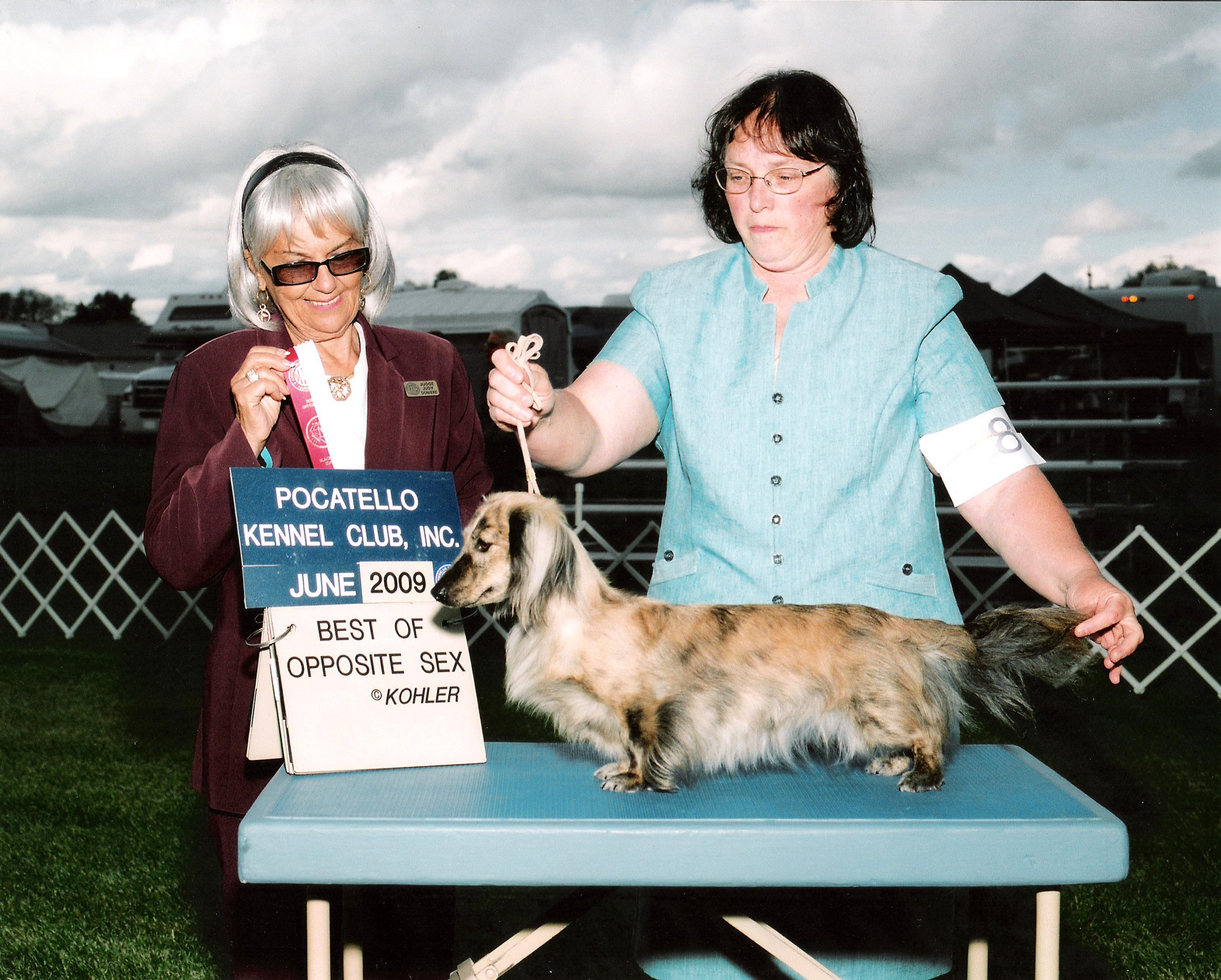 "Woolly" is the full sister to CKC/Int'l CH Teckelwood Madonna.  She has completed her AKC Grand Championship and CKC Championship and is now being occationally specialed. We have recently become co-owners of this lovely bitch with Amanda Hodges of Teckelwood Dachshunds (Montana), her breeder.  She has produced one very nice litter with Deconcream Magic Master RN and is the dam of our Wyndox Magical Sonatina MLC (Tina) a BOV winner over specials her second time out.  She now has a litter with CH Rose Farm's Just Right ML that has produced a lovely litter of cream and cream brindles.   "TJ" is one of those pups. 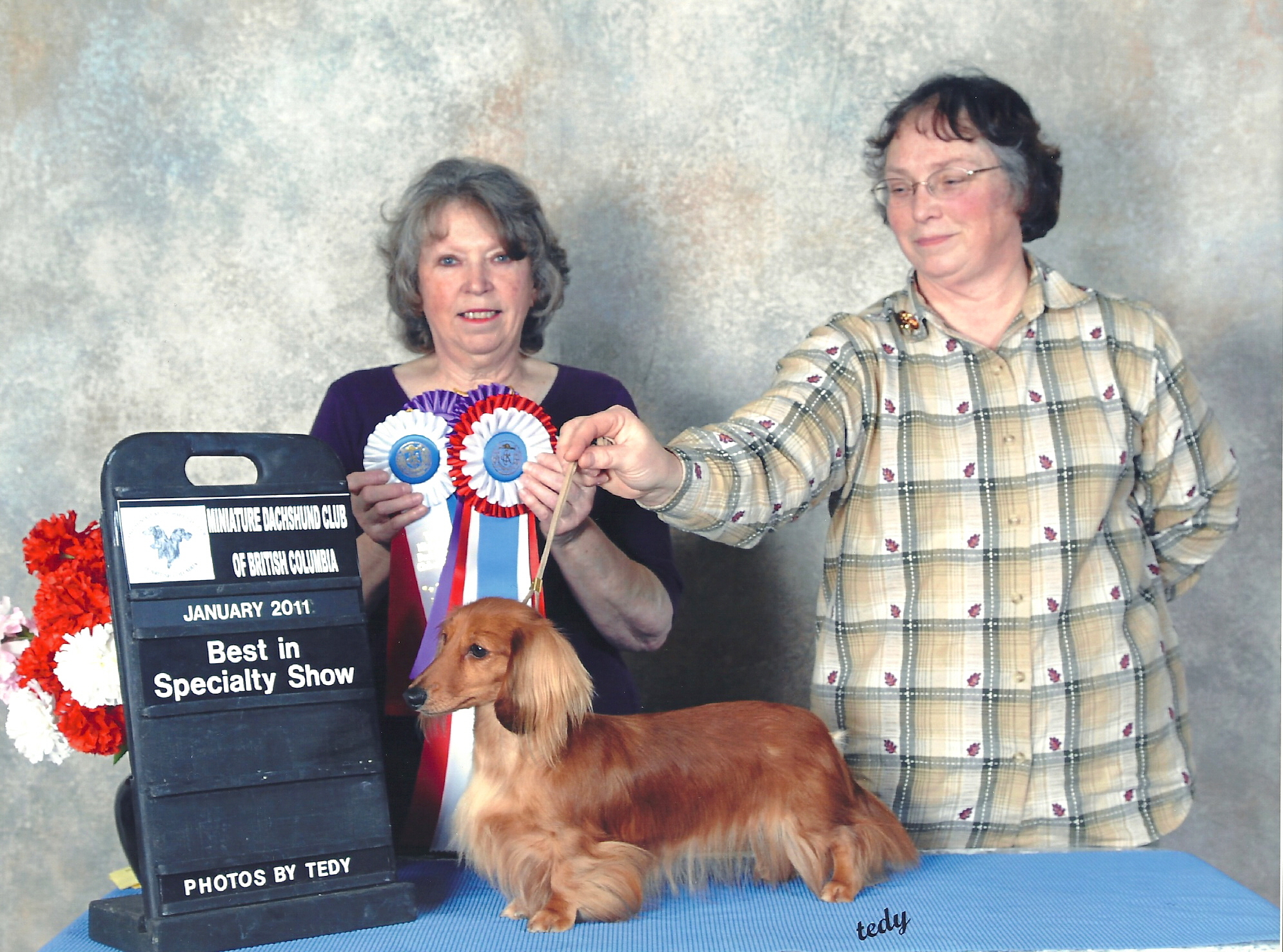 "Gi Gi" is the fully sister to Int'l CH Wyndox Positively Captivating ML.  She is our first Bred-By champion and has recently been shown at the Eukanuba National Invitational Show in Long Beach, CA (December 2010).  Gi Gi will be bred to CH Rose Farm's Just Right ML on her next cycle.  We are expecting some exceptional puppies from this breeding.  Puppies have arrived and we were right - Just Delightful!  Gi Gi has now honored us by becoming an AKC Grand Champion. In obtaining her Grand Championship she has been a multiple Best of Variety winner over some of the top dogs in the United States.  Gi Gi is the dam of two champions and one more ready to finish.  They are CH Wyndox Design By Dior ML, CH Wyndox Black Tie Affiar ML and Wyndox Just Delightful ML, all sired by CH Rose Farm's Just Right ML. 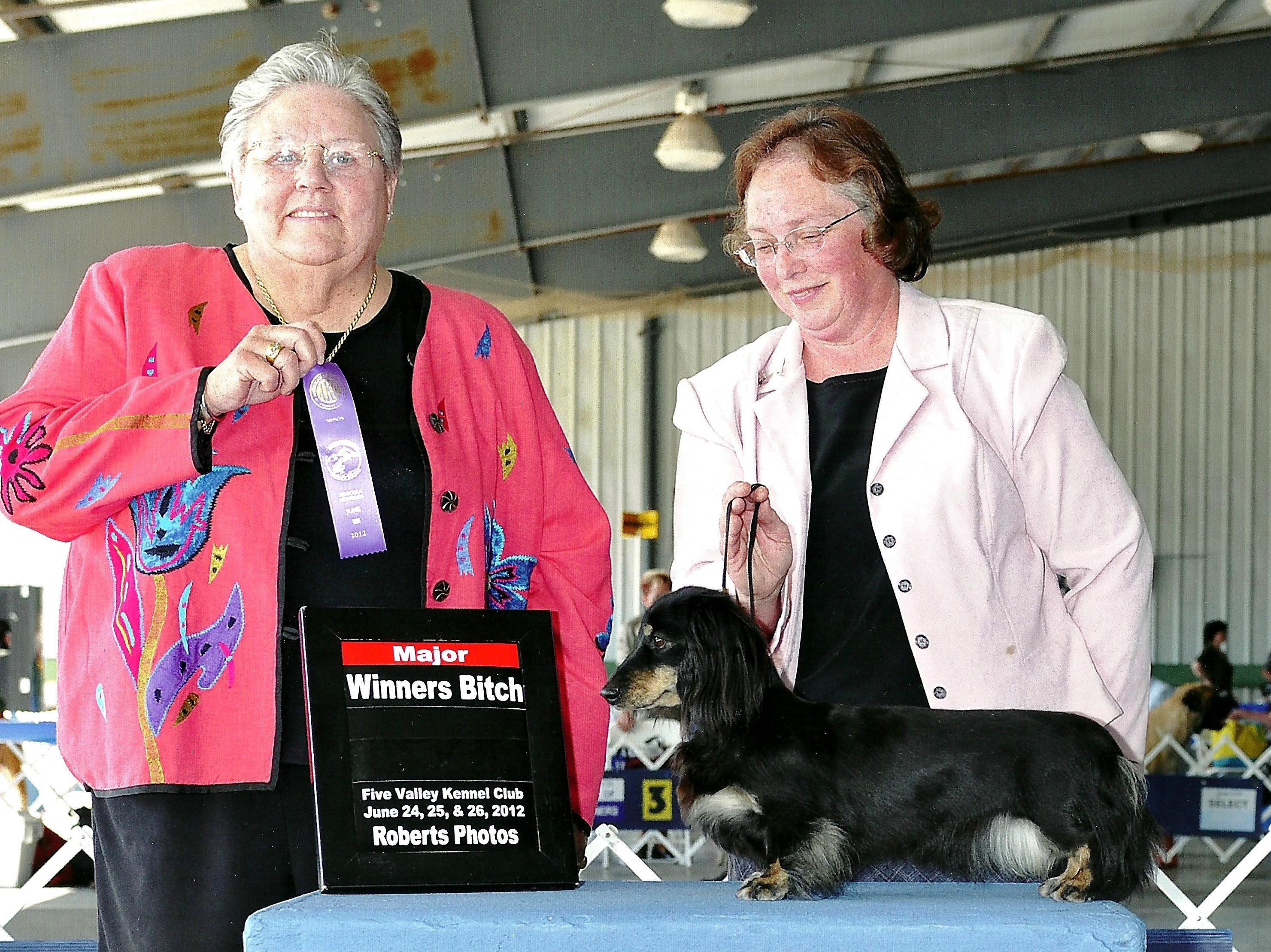 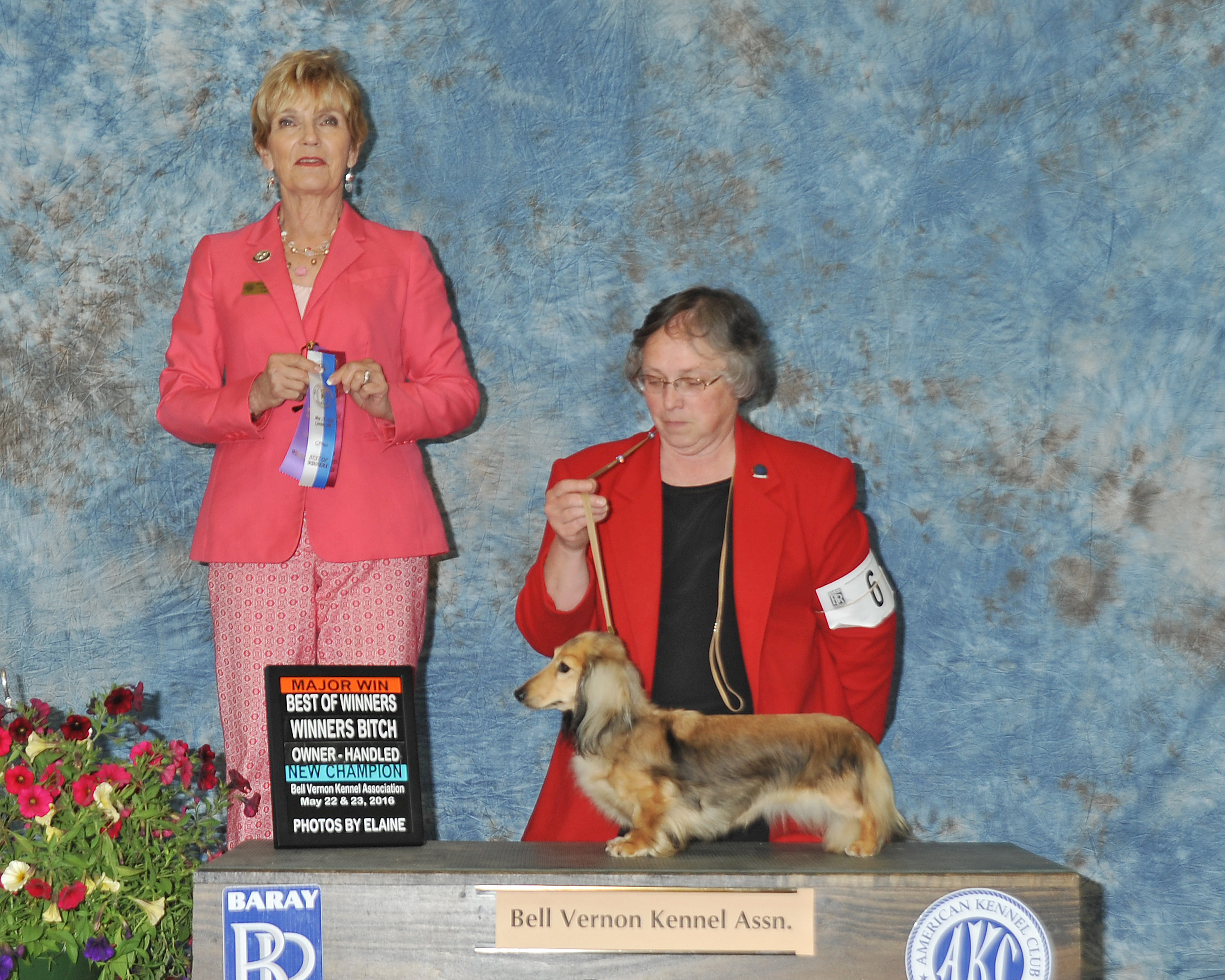 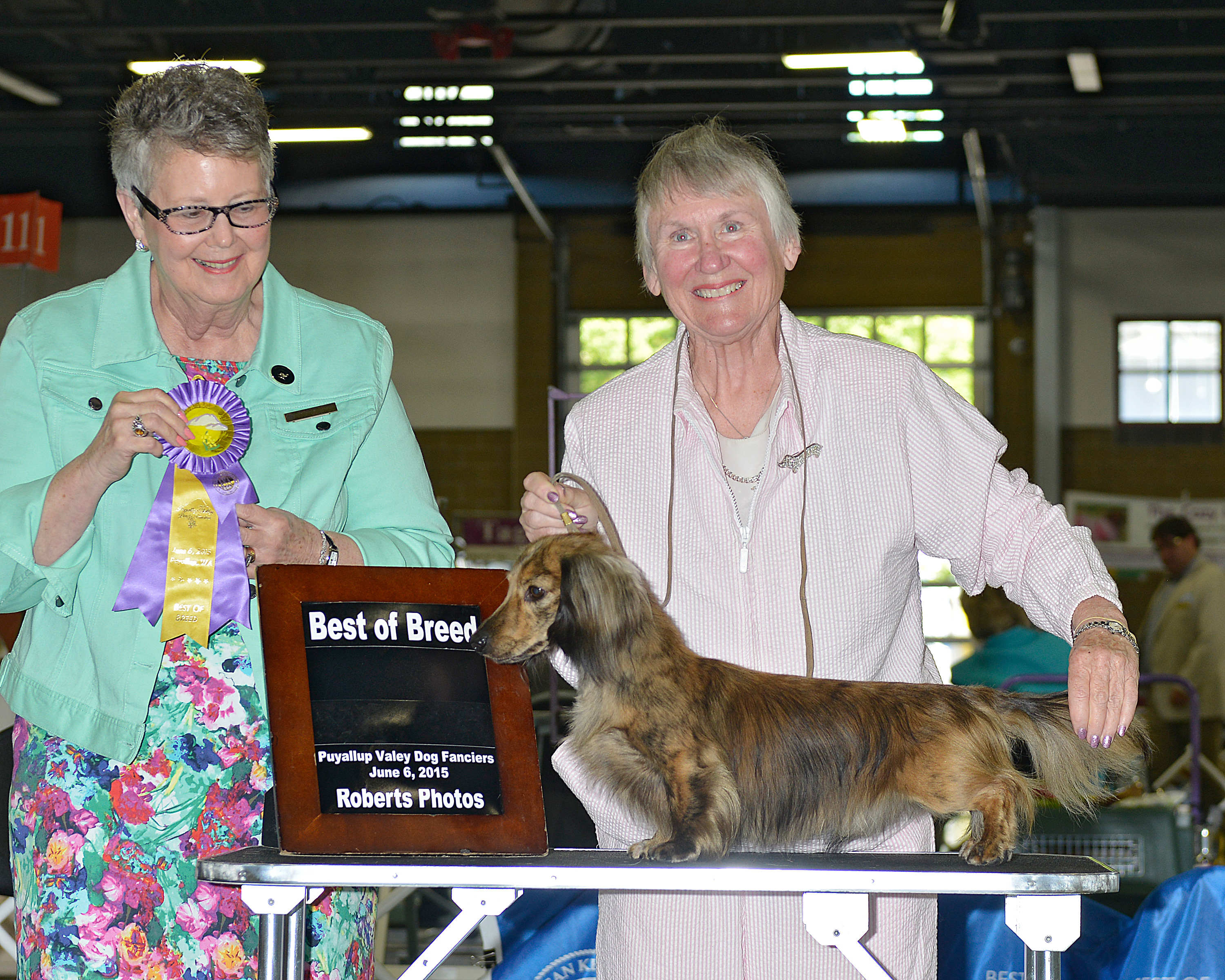 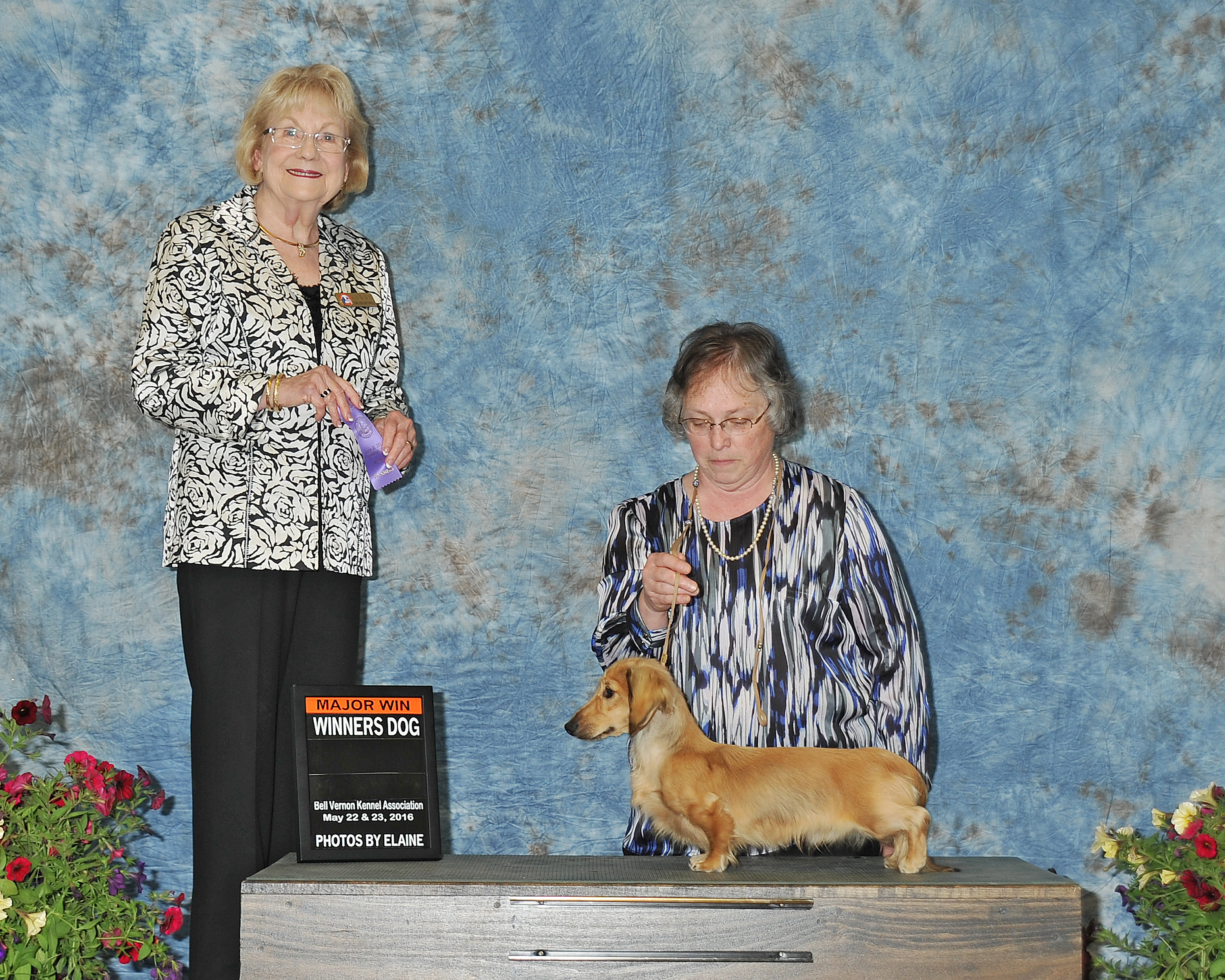 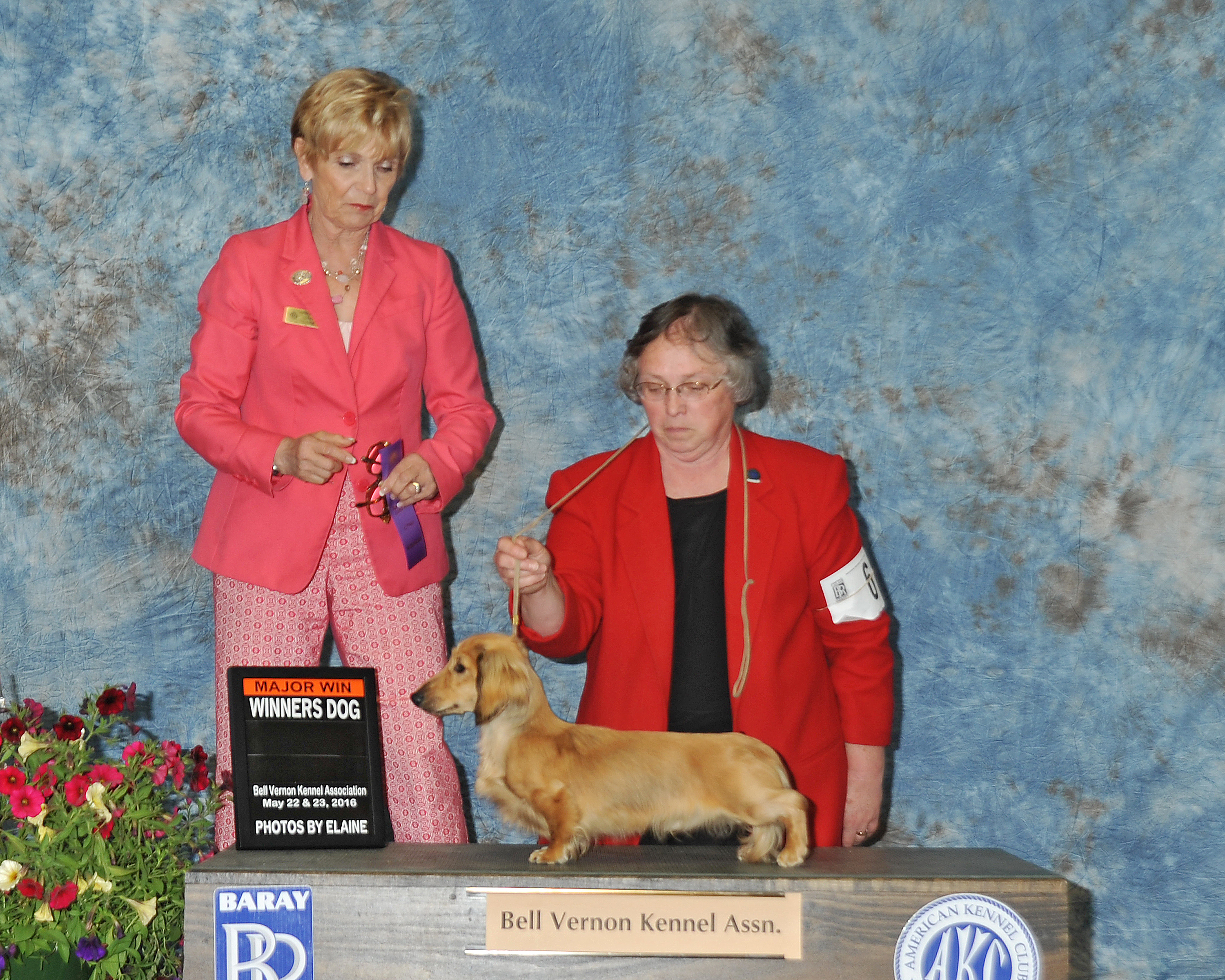 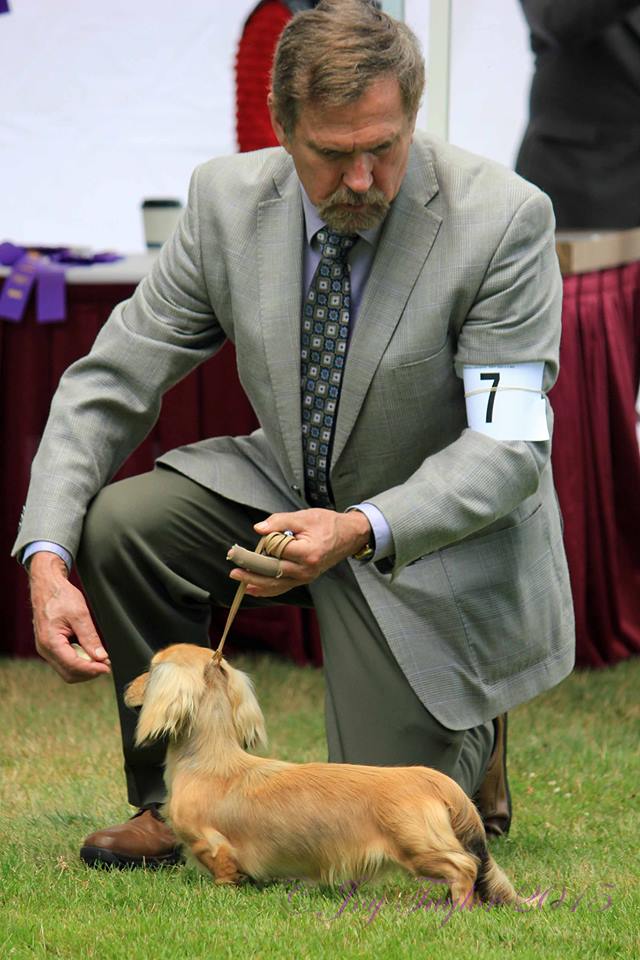 AKC - Canadian - International CH Wyndox Just Delightful ML
At 14 months of age "Hugo" had both his major wins, has been Best of Variety. 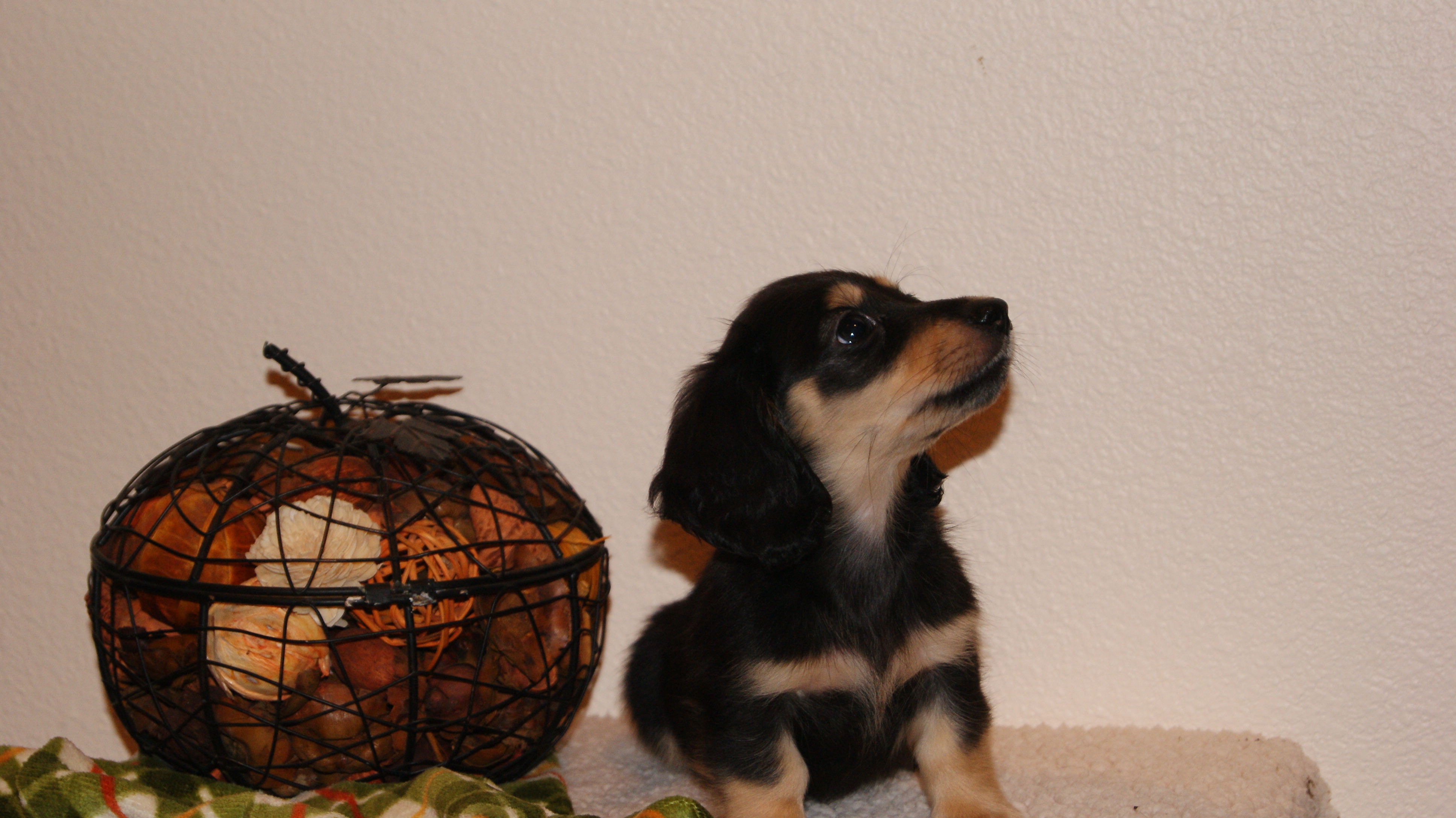 HI!  My name is Guinness
(Wyndox Taste of Liberty ML) 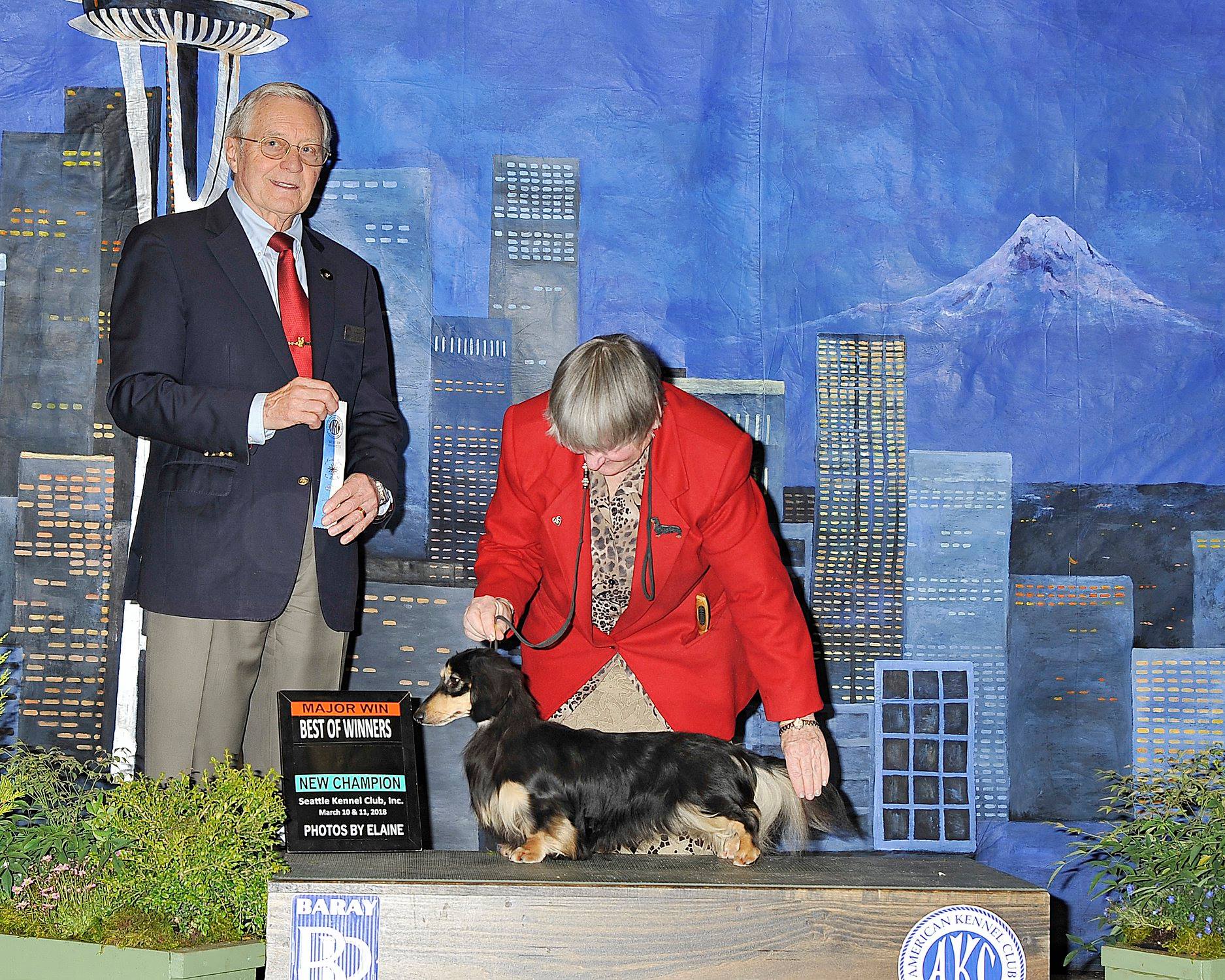 I am now CH Wyndox Taste Of Liberty ML